5 Things That Can Harm The Plumbing In Your House 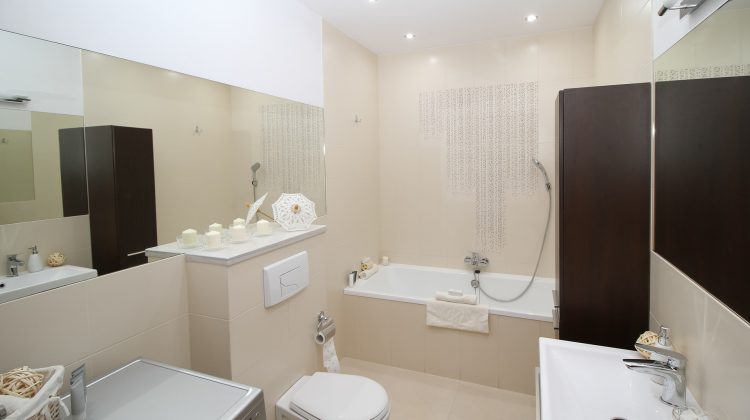 The plumbing system is to a house, the way the human nervous system is to the body. It might be a bit of an exaggeration, but if you think about it well enough, you’ll see that we’re on to something. Not only does the plumbing system cut across almost all rooms in your house to supply water, but it also takes waste out of your home. Bottom line, plumbing systems are essential. As important as they are, Green Apple Mechanical says that many people still make horrible decisions that clog up their toilets and then require the services of an experienced plumber or attempt DIY.

However, these decisions are not made deliberately to clog your plumbing, more than half the time, it’s out of sheer ignorance. If you want to avoid calling the plumber, or if you’re perplexed as to why you’ve had your plumbing fixed three times in one month, you should know the dos and don’ts of the plumbing system. While at that, you can check out this piece on the biggest scams to watch out for by plumbers. The recurrent hitches might be because your plumber has been trying all the tricks in the book on you.

We understand that a lot of you are brave with the house repairs, and half the days, you need a detailed guide to attempt a well-done DIY. But you need to understand that there are some repairs you simply have to be content with being an average Joe. We don’t mind your Mario fantasy, but when it comes to plumbing, if the issue is not fixing a clogged toilet or a leaky one, get professional help.

For others who attempt to fix plumbing issues independent of a professional plumber because of the concerns of being taken advantage of, you can allay your fears by trying out someone new and reputable. And you should also equip yourself by reading our guide on how to know if a plumber is taking advantage of you. Moving on, the experts at R.S Andrews write that most of the time, where you attempt a little fix like hidden leaks, it may just be a precursor to a larger problem that only a professional eye can see. So, drop those tools and take off your plumbing gear. Walk to the phone and call a plumber!

2. You’re flushing the wrong things down the drain

This shouldn’t even be up for discussion, but it is because people still think it’s okay. In an interview with The New York Times, when asked what was safe to flush down a toilet, most toilet waste managers replied, “Not Much.” That’s the end of the story. According to the experts at Anchor Plumbing Services, under no circumstances should you flush items like baby diapers, feminine hygiene products, cotton balls, toys, dead fish, and even dental floss down the toilet. The buildup of these could clog your toilet and your plumbing.

Similarly, almost everyone is guilty of pouring grease down the sink. It’s the easiest way to get rid of bacon grease or any other extra fat. But the problem with this is that the oil doesn’t flush away. Instead, it congeals over time in your pipes, and at some point, there would be a clog, says Service Plus Plumbing. In the same vein, washing and peeling potatoes or similar tubers in the sink are not proper. The dirt and bits are also capable of causing damaging clogs to your plumbing system. However, using a garbage disposal system is not the way to go. Instead, bag up your tuber waste and place it in the trash to be picked up.

3. Say no to chemicals, say yes to plumbers

When you have a clog in the sink or the toilet, we admit it, the quickest fix would be to pick up one of their dissolves at the store, and if you’re lucky, you might already have one at home. However, the problem arises that not only do these chemicals eat away at the items blocking your tubes, but they also begin to eat away at your pipe, dissolving them and causing leaks, via John the Plumber. It doesn’t sound like a smart solution anymore, does it?

Similarly, toilet fresheners also tend to clog your pipes when used for long periods. However, Flo by Moen says that as an alternative, you could always use an old home remedy of soda vinegar and hot water. The trick is to mix two parts baking soda, one part vinegar, and about a liter of hot water and then pour it down the sink to eat away at the clogs. Your best bet is still always the services of a professional plumber.

4. Exposing your pipes to the elements

Another cause of damage to your plumbing is the weather. In those months when it gets extra chilly, your pipes could freeze; when it does, they could burst, crack or leak. This is why in the few weeks to winter, David LeRoy Plumbing recommends that you step up the insulation of your pipes.

According to Green Apple Mechanical, to insulate your pipes, the very first thing you want to do is to close all outdoor faucets. For this to be more effective, purchase a faucet cover or make yours with the guide we shared here earlier. Open cabinet doors throughout the winter to ensure the heat from your furnace or HVAC unit circulates the pipes. Intermittently run your pipes as well, and if you are traveling, make sure to shut off the water supply and drain the tubes of every last drop of water.

Here comes the conflict of interest. While the presence of trees in your landscape is always a good idea, complications arise when the roots begin to get into your pipes. Tree roots are water-seeking, so sooner or later, they will get to your pipes, especially if they are planted close to the sewage system. If your plumbing and water system seems slow or has foul odors, Flo by Moen says that you may be dealing with a case of roots in pipes.

According to Green Apple Mechanical, tree roots can be disastrous to your entire plumbing, home, and overall landscape. A couple of the problems could include a complete sewer blockage and overflow, which could cause septic pools and sewage. It is a no-brainer that this would cause foul smells; in the worst-case scenario, it could seep into the city’s water system. But there’s a fix, and there always is. Get a professional tree remover and a plumber to help dislodge the tree. In the same vein, you can cut down the tree and dislodge the stumps with the tips we shared earlier. And finally, a safe alternative is to plant dwarf trees instead of regular trees. Their roots are less wild, and there are many beautiful options to choose from! 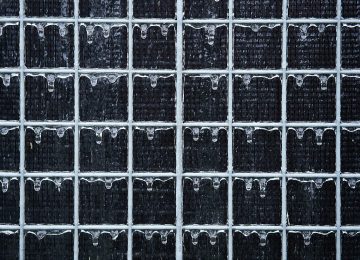 Summer is here! Experts say now is the time to look closely at your HVAC system 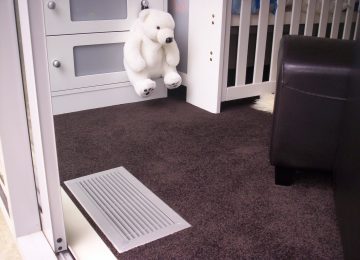 Summer Is Here. Lower Your Electric Bill With These Air Conditioning Tips

Are There Any Benefits To Upgrading My Home Thermostat?

Tips For Your HVAC System In Extreme Heat