A Brief History of Heating and Cooling America’s Homes 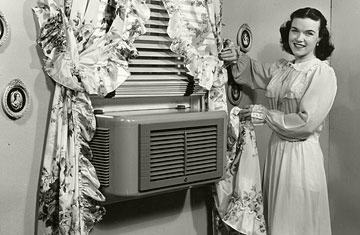 For the first 100 years home heating in a heavily forested America was dominated by biomass (wood) and it was not until 1885 that the nation would burn more coal than wood. Prior to 1885 the majority of homes in America were heated with wood burning brick fireplaces and derivatives of the cast iron Franklin Stove invented in 1742.

By the end of the 19th century the invention of low cost cast iron radiators would bring central heating to America’s homes with a coal fired boiler in the basement delivering hot water or steam to radiators in every room. At about the same time, in 1885, Dave Lennox built and marketing the industry’s first riveted-steel coal furnace. Without electricity and fans to move air, these early furnaces transported heat by natural convection (warm heated air rising) through ducts from the basement furnace to the rooms above. These two methods would dominate home central heating until 1935, when the introduction of the first forced air furnace using coal as a heat source used the power of an electric fan to distribute the heated air through ductwork within the home.

Shortly thereafter, gas and oil fired versions of forced air furnaces would relieve the homeowners from the chore of “stoking the coal fire” and relegate coal furnaces and cast iron radiators to the dust bin of history. Fast forward to today and about 60% of our homes are heated with gas fired forced air furnaces(FAU’s) and another 9% with oil fired FAU’s. In warmer climates, a quarter of our homes would be heated by FAU’s using electric “heat pumps” to supply both heating and cooling energy.

The cooling of America’s homes follows a different timeline closely intertwined with the development of electricity as a means of delivering useful energy to our homes. In 1882, the first coal fired electric power plant opened in New York city delivering enough power to light 11,000 light bulbs and marking the beginning of the end for gas and kerosene lamps.

In 1886, Schulyer Wheeler invented the electric fan, which would become the primary tool for home cooling comfort until the post WWII economic boom.

In 1902 Willis Carrier would build the first air conditioner to combat humidity problems inside a printing company and in 1917 the first documented theater to use air conditioning made its debut at New Empire Theatre in Montgomery, Alabama. Between 1928 and 1930 the Chamber of the House of Representatives, the Senate, the White House, the Executive Office Building, and the Department of Commerce would be air-conditioned.

By 1942 the nation’s first “summer peaking” gas fired power plant would be built to accommodate the growing daytime electrical load from industrial and commercial air conditioning. However, residential air conditioning would remain a luxury item for the wealthy until the post WWII economic boom.

Unlike the impact of the relative convenience of central heating, air conditioning would have a profound influence on both building design and population migration and development. The air conditioner’s widespread adoption would eliminate front porches, wide eaves and high ceilings from production housing and usher in the ranch house, “picture” windows, and sliding glass doors. Together, the inventions of central heating and air conditioning coupled with cheap and apparently abundant fossil fuels would free building designers from considering the external environment and allow them to use brute force heating and cooling solutions to overcome building designs totally inadequate for their local climates. Air conditioning alone would make possible the explosive post WWII growth of Sunbelt cities like Houston, Phoenix, Las Vegas, Atlanta, and Miami. These cities would owe their very existence to the invention and continued use of air conditioning. Air conditioning would also change our national patterns of living, turning us into 7/24 shoppers and gamblers trapped in giant malls and casinos without windows or any sense of time or place.

“Before air-conditioning, American life followed seasonal cycles determined by weather. Workers’ productivity declined in direct proportion to the heat and humidity outside — on the hottest days employees left work early and businesses shut their doors. Stores and theaters also closed down, unable to comfortably accommodate large groups of people in stifling interiors. Cities emptied in summers … Houses and office buildings were designed to enhance natural cooling, and people spent summer days and evenings on porches or fire escapes. They cooled off by getting wet — opening up fire hydrants, going to the beach or diving into swimming holes.” – National Building Museum

We would become a nation that spent over 5% of it’s gasoline consumption just to keep cars air conditioned while we drove from our air conditioned homes to air conditioned offices, factories, and shopping malls. Today, about 20% of the electricity generated in the U.S. is required to cool our buildings, most of the nation’s natural gas “peak demand” power generating capacity was built to satisfy air conditioning demands, and 70% of our GNP is dependent on the air conditioned “consumer”. 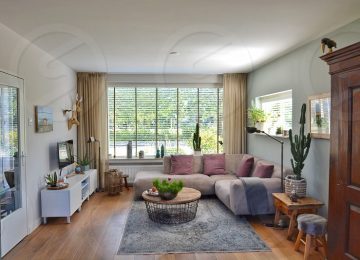