Snowdrifts can shut down a new furnace 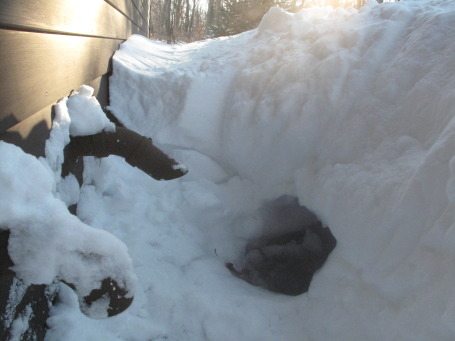 Homeowners are often surprised when their fairly new high-efficiency furnace shuts down unexpectedly in mid-winter. These furnaces exhaust combustion gases and bring in fresh air through PVC pipes to the outside, usually routed through a house sidewall. Often, the problem is ice build-up in the vent pipe, blocking the exhaust flow. The cooler exhaust produced by high-efficiency models can allow moisture (produced by combustion) to condense in the flue, especially when outdoor temperatures drop below 30 degrees.
The pipes can also be blocked outside the house. During wintry weather, you should check the exhaust and intake pipe exits on the outside of the house regularly, to make sure they aren’t covered by snow or ice. Besides shutting down the furnace, a blocked exhaust pipe can allow carbon monoxide to build up inside the house.
More rarely, the pipes may not have been installed correctly or may have developed problems later. If your newer furnace shuts down, check these common venting problems:

These situations should be addressed by a professional. So feel free to call your friends at Green Apple Mechanical toll free at 888-611-7191 The Key To A Long Lasting HVAC System Improve Your Home With A New Thermostat 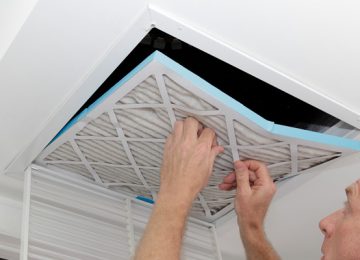 How Changing Your Air Filters Can Improve Your Quality Of Life

What to do about Frozen Water Pipes

7 Things That Can EXPLODE in Your Home!