What We Know About the Historic Heat Wave in 2022: How to Stay Safe in Extreme Heat 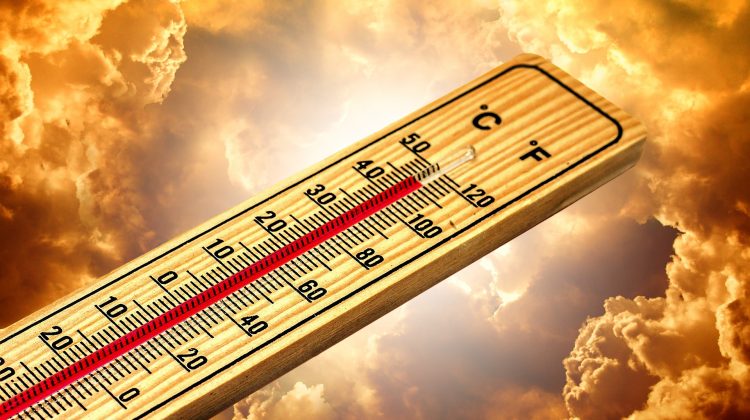 The National Weather Service is warning about a “dangerous and record-breaking heat wave” that will impact most parts of the Great Plains and Mississippi Valley, as high temperatures continue across many areas of the southwestern U.S. Nearly 35 million people are under excessive heat warnings or heat advisories, the agency says, noting that the “oppressive heat” is expected to continue.

There are also high temperatures expected in many parts of the east coast this week. The National Weather Service shared on Twitter that heat-related advisories and warnings are “likely throughout the week.”

Temperatures are currently soaring in Europe, too, including in the U.K., where the thermostat is predicted to reach 104 degrees on Monday.

If you live in an area that’s under a heat warning or facing high temperatures, it’s understandable to have questions about why what’s been dubbed the Historic Heat Wave of 2022 is such a big deal and how to stay safe. Here’s what you need to know.

What is a heat wave, again?

A heat wave is a period of unusually hot weather that usually lasts two or more days, according to the National Oceanic and Atmospheric Administration (NOAA). In order for something to be considered a heat wave, temperatures need to be outside the historical averages for an area.

Heat waves usually happen because of trapped air that gets warmed like air inside an oven, NOAA explains. High-pressure systems force air downward, preventing air near the ground from rising and hot air just gets hotter.

Why can heat waves be dangerous?

Heat waves can cause heat illnesses, which include heat cramps, heat exhaustion, and heat stroke, according to the Centers for Disease Control and Prevention (CDC). Symptoms of those illnesses can include:

Heat illness can be incredibly serious, says Lewis Nelson, M.D., chair of emergency medicine at Rutgers New Jersey Medical School. “As our body temperature rises due to persistence in a hot environment, our vital body functions, such as enzymes and organs, begin to malfunction,” he says. “This leads to organ failure, and if untreated, can be lethal.”

While everyone is at risk for heat illness, some are more vulnerable than others, says Nicholas Kman, M.D., emergency medicine physician at The Ohio State University Wexner Medical Center. “Those at greatest risk for heat-related illness include infants and children up to four years of age, people 65 years of age and older, people who are overweight, and people who are ill or on certain medications.” There’s also “greater risk with greater exposure,” he says. Meaning, if you’re going to be outside in high heat—and especially if you’re going to be active while doing it—you’re more likely to get sick.

How to stay safe in a heat wave

If you have time to prepare for a heat wave, the Department of Homeland Security (DHS) recommends taking a few steps to minimize the odds you’ll have issues when temperatures soar:

And, if the heat has already hit, the Red Cross has a laundry list of suggestions for how to stay cool. Those include:

Dr. Nelson also recommends carrying water with you. “Maintaining adequate hydration is important, but it is equally important not to overdo it,” he says. “When we sweat, we lose salt and water, and if we only drink water without electrolytes, we run the risk of lowering our body sodium to concerning levels.” That’s why he suggests “eating regularly, along with drinking water or drinking electrolyte-containing beverages” like sports drinks.

Overall, Dr. Nelson says “keeping cool and safely hydrated is most important.” And, if you need to be outside in high heat, he recommends keeping tabs on how you feel and heading into cooler temperatures if you start to feel off. 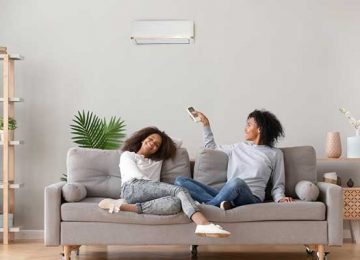 Are There Any Benefits To Upgrading My Home Thermostat? 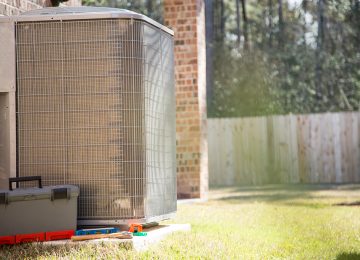 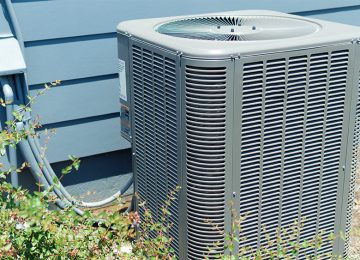 How A Little HVAC Maintenance Goes A Long Way

Upgrade Your Home With An HVAC Improvement

Get Peace Of Mind With Regular HVAC Maintenance